Donations in Louisiana can either be made during the life of a person or can be made after death.

Property can neither be acquired nor disposed of gratuitously, except by donations inter vivos or mortis causa, made in one of the forms hereafter established.

A donation inter vivas is a contract by which a person, called the donor, gratu­itously divests himself, at present and irrevocably, of the thing given in favor of another, called the donee, who accepts it. 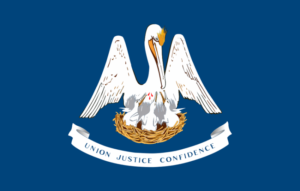